On 1 February 2000 the District Council of Victor Harbor became known as the City of Victor Harbor. The new name, new logo and new direction was a reflection of the dynamic changes occurring within the community and the significance of Victor Harbor as the regional centre for the Southern Fleurieu Peninsula.

The township of Victor Harbor has long been a favoured holiday destination. Many visitors have returned to Victor Harbor as residents in their retirement. In fact, Victor Harbor continues to be amongst the fastest growing communities in the State, with an average growth in excess of 3% per annum for the past 10 years. But Victor Harbor today is attracting more than just retirees. The lure of a leisurely lifestyle has seen many families settle in the area. The combined schools of the city have almost 2,000 students who are drawn from across the Southern Fleurieu Peninsula. Victor Harbor’s close proximity to metropolitan Adelaide has seen an emergence of commuters who live in Victor Harbor for the lifestyle and travel to the metropolitan area for work.

Find out & explore new businesses near your area and see what’s happening !!! 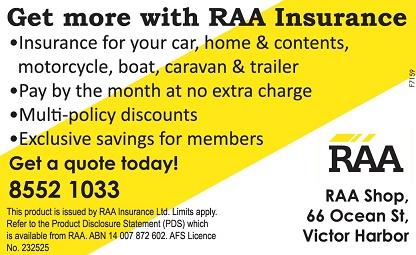 Insurance you can trust

It’s no accident more South Australians trust the RAA for Insurance than any other insurer. Get a quote today and find out for yourself why!

Call into our Fleurieu office at 66 Ocean St Victor Harbor.

Herbal Hound Dog Grooming offers a wide range of services for all breeds. With over 30 years of experience in the areas of grooming, animal training, vet nursing and behavioural studies, we cater for difficult, anxious and nervous dogs. 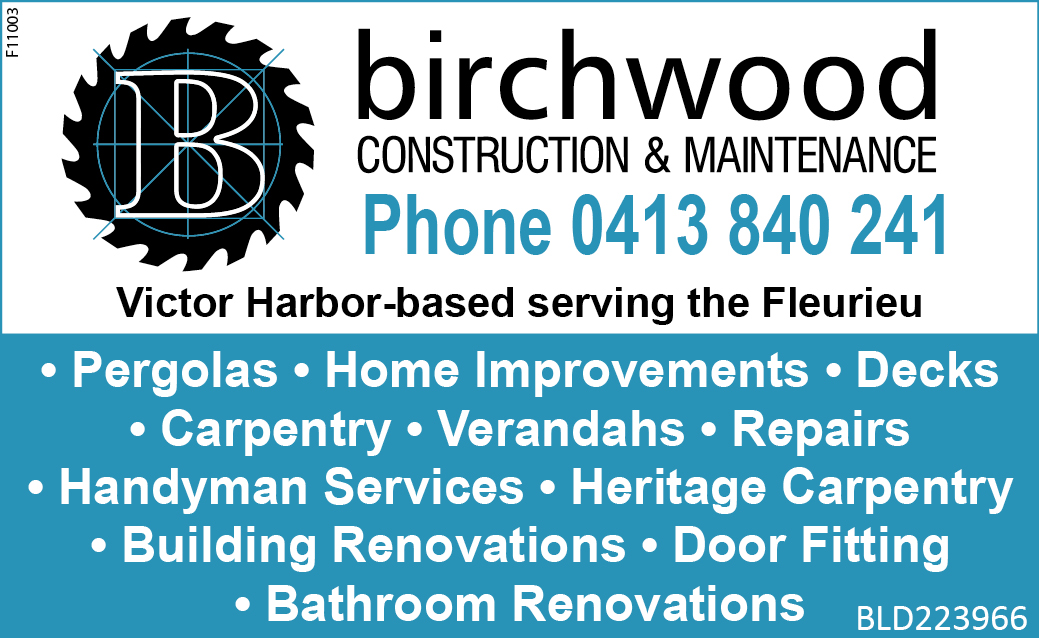 Birchwood Construction & Maintenance is ready to help you with all your home improvements and carpentry requirements.

Chris Birch has over 35 years’ experience in the carpentry and building business and prides himself on undertaking projects with lots of attention to detail.